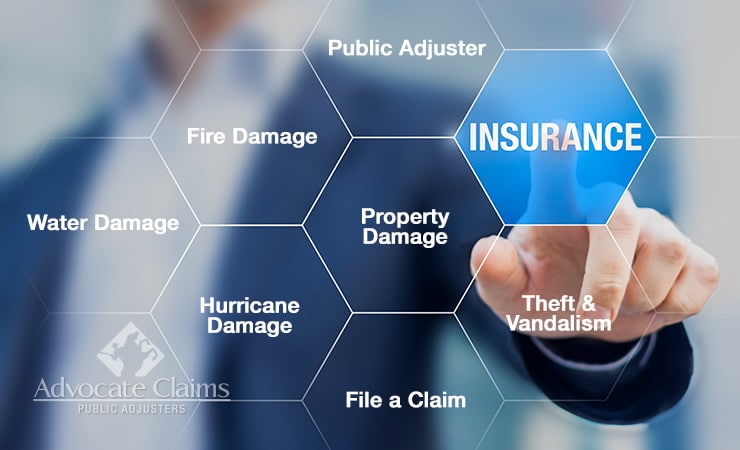 Public adjusters are usually able to secure significantly more in total settlement fees, covering their cost, as well as the policyholder’s needs for repair and replacement from losses. This is accomplished by knowing what the policyholder is entitled to for the loss, and how to write the estimate. The public adjuster’s whole job is to ensure every policyholder receives a fair settlement!

The public adjuster’s role is to:

From The Office of Program Policy Analysis & Government Accountability (OPPAGA)

The benefits of hiring a public adjuster to represent you during the insurance claims process include:

Steven David Venook of Advocate Claims Public Adjusters has been serving policyholders of Broward, Miami-Dade and Palm Beach counties for nearly two decades. Venook has depth of experience working as a public insurance adjuster and representing thousands of residential and commercial property owners who have experienced some type of loss occurrence.

Don’t take on the insurance carrier on your own. If you experience property damage of any kind, contact Steven Venook at Advocate Claims Public Adjusters at 954-369-2869. Make sure you have a licensed public adjuster with the industry knowledge and expertise in your corner!

“Tops the list in integrity, puts the client first and keeps you well informed about the status and process.”
~ Terry C

“The reply was quick, all my questions were answered and addressed in a professional manner. Great feedback and understanding. Thank you so much!”
~ Mary M

“Steven was extremely helpful & knowledgable in helping us negotiate with the insurance company. We were very pleased with our experience & outcome with Steven's assistance. I would highly recommend him.”
~ Michelle A

We provide public adjusting services to the state of Florida including: